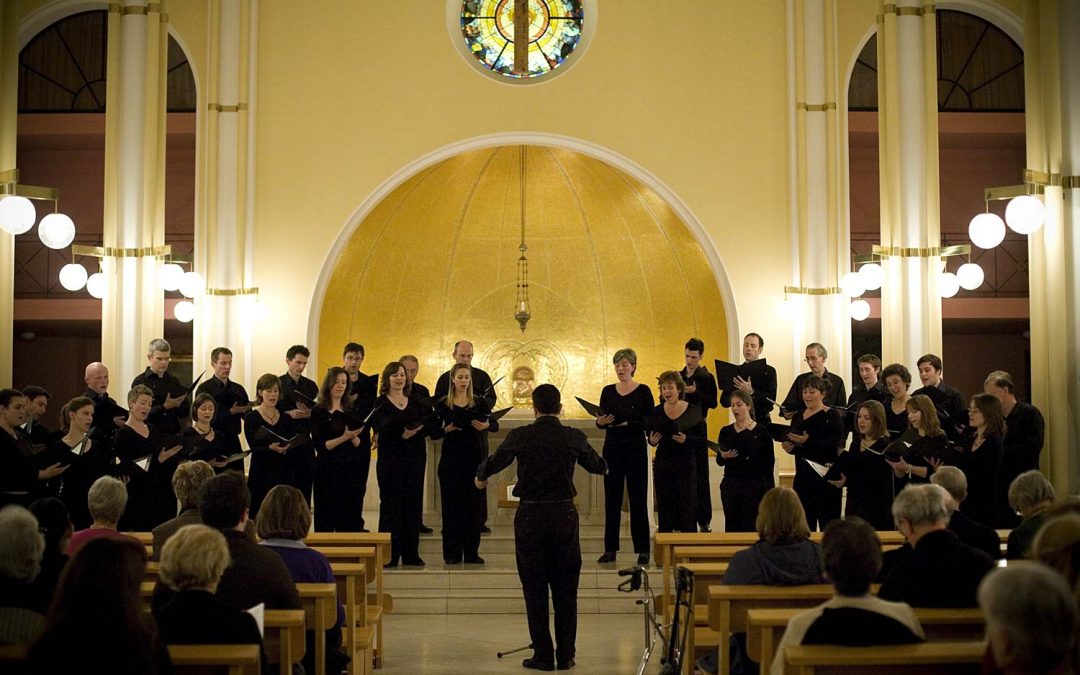 This concert takes place in the stunning St Peter’s Church in Belgravia (SW1W 9AL).  With its beautiful etherial gold dome behind the Alter and a truly awesome organ at the back of the church, this is a wonderful space to sing in.

Duruflé’s masterpiece Requiem Mass swims in a luxuriant harmonic bath that combines elements of Debussy, Fauré, and Messiaen.  All of its melodies, according to the composer, are based on themes from the Gregorian funeral mass.  The result is spellbinding, especially in the “Pie Jesu” movement for organ, cello, and solo voice.  The Requiem has been recognized as a masterpiece for more than half a century, and has been recorded again and again.

Frank Martin’s Mass for Double Choir is notable for its flowing rhythmic and melodic vitality – always at the service of the words – and the juxtaposition of austere, restrained music, often based around a pedal note, with rich harmonic writing of considerable passion and great beauty. Although there are no actual plainsong themes in the work, the influence of Gregorian chant is never far away, not least at the very opening where a simple, flowing alto line gradually unfolds, soon to be taken up by the sopranos and then supported by the full choirs.

Click Here to Book tickets for this event online.